Here’s a letter the West Athens, Hollypark and Parkside Village communities sent to our representative Congresswoman Waters. She responded by participating in a community meeting in February 2018 and continues to help community members with airport issues.

We are located in the flight path of the Hawthorne airport. Our community is concerned about safety, noise and pollution issues caused by the increasing commercial air traffic into Hawthorne (HHR).

We have tried for over a year to engage with the airport; however, the airport says they are unable to schedule a meeting with our community at this time.  The airport is finishing their Part 150 noise study but never included the West Athens community as part of the process. Community members have sent Part 150 comment letters to the local FAA office which have gone unanswered.

We support the aviation community and watch many small planes pass over us without any problems. However, the increasing number of low flying Surf Air commercial flights and large Lear jets landing at Hawthorne raise several safety, noise and pollution questions which the airport has been unable to answer. When the new stadium opens the number of commercial flights and jets will only increase and our neighborhoods will suffer even more negative impacts.

The unanswered concerns we raised with the airport and local FAA office include:

We should note the Airport front office staff is kind, professional and willing to listen. However, they’re unable to answer any of our questions and have sent us back to the FAA who they believe has ultimate responsibility for the planes over us. The local FAA office directs us to speak with the airport.

We have offered to work with airport staff on these issues but have gotten no clear answers or help. We have a right to participate in this large community project of turning Hawthorne Airport into Los Angeles County’s fourth commercial airport.  This impacts our homes and our lives.

There are many great models from our region where airports and neighborhoods work together. This includes the LAX Community Noise Roundtable and the Long Beach Airport Advisory Committee.  We hope one day soon we can achieve that level of permanent cooperation with Hawthorne Airport.

At this time, we ask if you’ll please call for a West Athens community meeting so we can share our concerns about the airport with you and understand the proper way to address the issues in a timely manner.

We need someone to take responsibility for aviation safety over our homes, and soon.

This site uses Akismet to reduce spam. Learn how your comment data is processed. 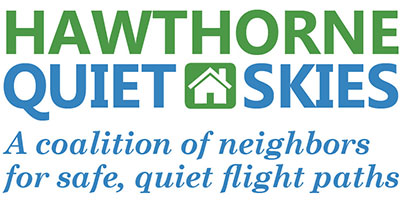